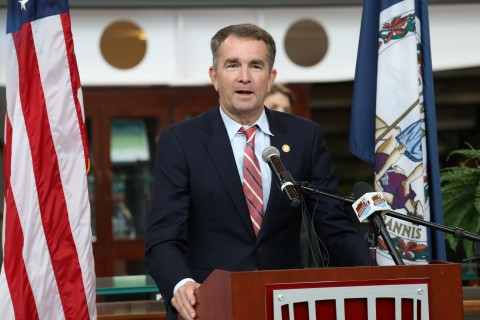 Danville-Pittsylvania County currently owned by IKEA. Virginia successfully competed against Kentucky, North Carolina, and Ohio for the project, which will create 703 new jobs.

In July, IKEA announced it would shut down its Danville-Pittsylvania County facility, the company’s only manufacturing site in the United States, resulting in an expected loss of approximately 300 jobs. Morgan Olson’s operation will be housed in the plant currently owned by IKEA, which had planned to close in December 2019. Current IKEA employees will receive priority consideration as part of Morgan Olson’s hiring process.

“Securing a project of this magnitude is a big win for Danville-Pittsylvania County, Southern Virginia, and the entire Commonwealth,” said Governor Northam. “Not only will Morgan Olson ensure the future of this plant for many years to come, they will also provide valuable new jobs to hundreds of hard-working citizens of this region. As a native of rural Virginia, I fight every day to ensure all parts of our Commonwealth can participate fully in our economic growth. I am grateful to Morgan Olson, my team, and our tremendous partners for making today possible.”

Headquartered in Sturgis, Michigan, Morgan Olson’s legacy of building their iconic step vans began in 1946 with the production of the first “all-aluminum” step van. Today, Morgan Olson step vans are used to deliver online purchases to homes and businesses throughout North America. In 2003, Morgan Olson was purchased by J.B. Poindexter & Co., Inc. (JBPCO), a diversified manufacturing company headquartered in Houston, Texas. JBPCO has eight profitable subsidiaries, with combined revenues of $1.4 billion and 6,200 employees. 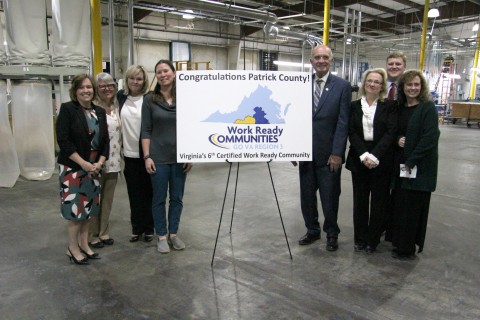 Patrick County and the Dan River Region Collaborative (DRRC) are pleased to announce that Patrick County has been designated as a certified Work Ready Community (WRC). The nationally recognized designation by the Commonwealth of Virginia and American College Testing (ACT) will help Patrick County attract new businesses and jobs in addition to strengthening the skill sets of the region’s high school students, job seekers and incumbent workforce.

“Today’s achievement by Patrick County demonstrates to our existing companies, as well as prospective employers, that we have a trainable workforce with the foundational skills to compete,” stated Dr. Julie Brown, Program Director, Dan River Region Collaborative (DRCC). “We have a significant number of localities in Southern Virginia that are certified as Work Ready Communities with more announcements on the way. When we work together as a region, great things are possible.”

RICHMOND—Governor Ralph Northam today announced that Essel Propack, a global specialty packaging company serving the consumer goods and pharmaceutical sectors, will invest $31.2 million to expand its manufacturing facility in the City of Danville. Virginia successfully competed with Brazil and Argentina for this project, which will create 45 new jobs.

“The City of Danville is a hub for applied research and technological innovation in the advanced manufacturing industry, and Essel Propack has been an important part of this ecosystem since its arrival in 2002,” said Governor Northam. “With access to the region’s pipeline of skilled talent and low operating costs, Essel Propack has flourished in Southern Virginia. We are proud to have a company of this caliber on our corporate roster, and look forward to the Essel Propack’s continued success in the Commonwealth.”

Essel Propack is a publicly-held company headquartered in Mumbai, India. Founded in 1982, the company produces a wide range of multilayer collapsible tubes and laminates used for packaging in personal care, food, pharmaceutical, and industrial applications. Essel Propack employs over 2,850 employees worldwide, including 252 at its first and only U.S. manufacturing operation in the City of Danville. The expansion will allow the company to double production at the Danville facility through the introduction of new Super High-Output tubes (SHOT) technology. 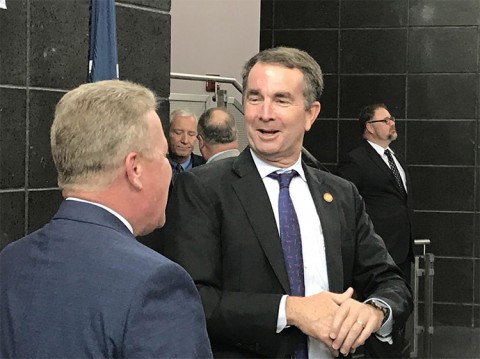 A United Kingdom-based manufacturer will invest $8 million to build a plant and bring 49 jobs to the Dan River Region over five years.

Harlow Group Ltd. will locate its first U.S. manufacturing plant in the Cyber Park in Danville. Founded in 1975 and based in Harlow, U.K., the company offers services ranging from product design to production of sheet metal products. Its customers include GE, Pitney Bowes, Raytheon, Sony, BF Goodrich and Lotus.

The company will build a 30,000-sqaure-foot facility and operate in Danville as Harlow Fastech. It will be in the Hawkins Building at the Institute for Advanced Learning and Research during construction.

In addition, the company will establish a U.S. Training Center of Excellence, a new facility that will focus on additive manufacturing.

Governor Ralph Northam was in Danville Thursday where he announced that a manufacturing plant is investing $8 million to locate it first U.S. precision sheet metal fabrication plant in the City of Danville and Pittsylvania County.

Harlow Group Ltd. is a United Kingdom-based company that will establish a U.S. Training Center of Excellence, a new facility with a focus on additive manufacturing, which will be located in the Danville-Pittsylvania County Regional Industrial Facility Authority-owned Cyber Park.

Virginia successfully competed against Alabama for this project, which will create 49 new jobs.

A new manufacturing facility is coming to Southside.

The Harlow Group will establish its first U.S. manufacturing facility in Danville.

The $8 million investment will create 49 jobs over five years.

"Good paying jobs that I believe are about $20,000 higher than the average in this area. What tremendous news this is," Gov. Ralph Northam said, making the announcement at the Institute for Advanced Learning and Research in Danville Thursday.

Harlow Group Ltd. to bring 49 jobs to the Danville area 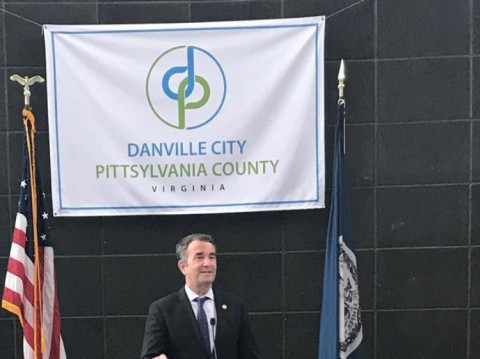 A UK-based manufacturer has chosen Danville for the site of its first U.S. plant, economic development officials announced Thursday.

Harlow Group Ltd., an advanced manufacturer of highly engineered assemblies, fabrications and precisions metal work services, will house its operation in the Danville Cyber Park. The company expects to invest $8 million to build the manufacturing plant and create 49 jobs, according to a news release.

Harlow Group, LTD will spend $8 million to expand its operations to Danville.

The company will construct a 30,000 square-foot facility in the Danville Cyberpark, employing 49 workers over the next 5 years. 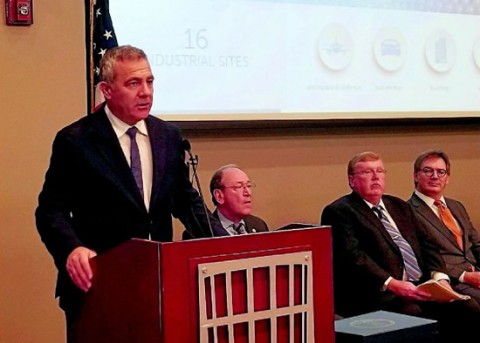 Danville Mayor Alonzo Jones noted the irony of textiles returning to Danville on Tuesday, given the region's history with the industry, while announcing a business promising jobs in the eastern part of the city.

BGF Industries — a subsidiary of the French company Porcher Industries — plans to relocate its U.S. headquarters to the Dan River region from Greensboro, North Carolina. The move is touted to bring 65 new jobs to the area. And the average pay for those positions will be $75,000, Del. Danny Marshall, RDanville, said to multiple rounds of applause from the podium.

RICHMOND—Governor Ralph Northam today announced that BGF Industries, Inc., a leading U.S. manufacturer of high-performance technical fiber materials for global markets, will invest $7 million to relocate its corporate headquarters and R&D operation from Greensboro, North Carolina to the City of Danville and Pittsylvania County. The company will initially construct a 25,000-square-foot facility in 2019 in the Danville-Pittsylvania County Regional Industrial Facility Authority-owned Cyber Park for its headquarters and research and development facility.

“BGF Industries, Inc. is a global company with strong ties to Virginia, maintaining operations in the Commonwealth for over 60 years,” said Governor Northam. “The company’s decision to relocate its corporate headquarters and expand research and development capacity in Danville-Pittsylvania County is a clear testament to the appeal of Southern Virginia’s skilled labor force, research assets, and competitive business costs. We are confident that BGF will thrive from its new home in the Cyber Park.”