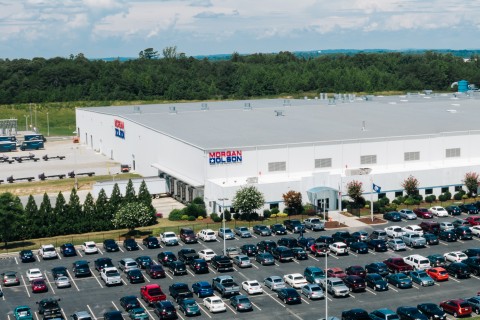 From the Danville Register and Bee

RINGGOLD — Delivery-van maker Morgan Olson has received a $500,000 grant from the Port of Virginia.

The money is from a Port of Virginia Economic and Infrastructure Development Grant for the more than 500 full-time jobs created at the company’s facility so far and Morgan Olson’s use of the port.

The port’s grant money will go toward retaining jobs at the company’s plant, said Thomas Cross, director of state and local government affairs with the Virginia Port Authority.

“We’re grateful Morgan Olson’s a port user and for the hundreds of jobs they’ve brought to the commonwealth,” Cross told plant manager Steven Parker during the event.

State Sen. Frank Ruff, R-15th District, said the grant will benefit the company and the Dan River Region through retention of workers who spend money locally.

“Anything that enhances their opportunity to grow their footprint enhances employment,” Ruff said during an interview at the event. “That money trickles through the economy.”

It was in October 2019 when then-Gov. Ralph Northam announced that Morgan Olson would bring 703 jobs to the industrial park. The company is located in the 925,000-square-foot former Ikea facility.

Ikea had announced it was shutting down at the end of 2019 and, soon after, Morgan Olson’s plans to locate in Ikea’s building for a $58 million capital investment were announced.

Parker added that the company intends to ramp up its output to 48 vans per day and hire more employees beyond their promised 703 workers. A few months after Morgan Olson’s announcement in 2019, the company said it planned to add 300 positions, bringing its job-creation