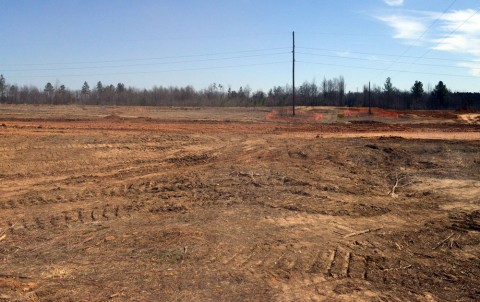 A second business has signed a purchase agreement for acreage in the Berry Hill Industrial Park, the Regional Industrial Facility Authority announced at a meeting Monday.

Enviva Development Holdings LLC has signed an agreement to buy a 168-acre tract along Berry Hill Road. The company will conduct due diligence on the site — investigations into the suitability of the site for the project — over the next year, with the right to extend the agreement or terminate it without penalty.

It is expected the company, founded in 2004, will invest more than $100 million in the project and create indirect and direct above-average paying jobs, according to Jesse Barksdale, vice chairman of RIFA. 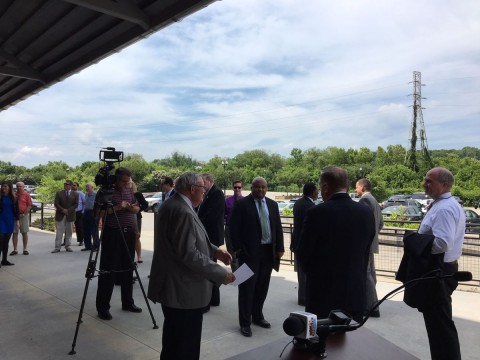 The Noblis Center for Applied High Performance Computing — a high-tech supercomputer company at 527 Bridge St. — announced Monday it has signed a second five-year lease to continue doing business in Danville.

The company plans to install the next generation of big data processors to work alongside the Cray MXT 2 that was activated at the site in 2012.

Brent Gulick — who represented Cray Computers and helped when Noblis brought the supercomputer to Danville — said Cray and Noblis knew they needed partners to help with the project, the brainchild of Dr. H. Gilbert Miller, Noblis’s chief information officer at the time.

Governor Terry McAuliffe announced today that Starsprings, a privately-held spring and spring-unit manufacturer based in Sweden, will invest $3.7 million to establish its first U.S. manufacturing operation in Henry County. The company will supply mattress units used in long-distance trucking. Virginia successfully competed against North Carolina and Pennsylvania for the project, which will create 68 new jobs.

Speaking about today's announcement, Governor McAuliffe said, "This win is a great example of the kind of project we are trying to attract as we build a new Virginia economy. When an international company chooses Virginia as its entry point into the U.S. market, it is a strong testament to the competitiveness that sets the Commonwealth apart and the major companies here that attract suppliers. We are proud to add Starsprings to our corporate roster, and welcome 68 new, much-needed manufacturing jobs to Henry County." 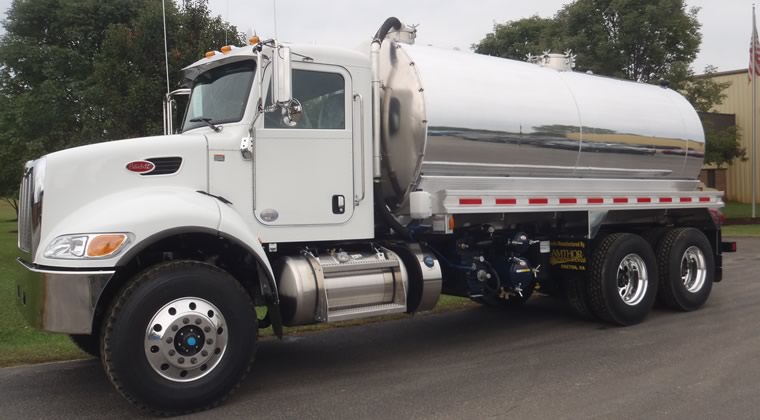 Gretna's Amthor International announced Monday that it will add 30 employees to its first- and second-shift operation.

The truck manufacturing company, which employs approximately 100 workers, will establish a training program at the center Virginia Technical Institute called Amthor University. All interested applicants for the 30 openings will be sent through the program for off-site training.

"Everybody gets on-the-job training but not specifically in my building," Owner and Marketing Director Brian Amthor said. "I'm able to do off-site training and not affect my current production."

The training will take about four to five weeks, lasting anywhere from 160 to 200 hours. Sessions covering welding, electrical, tank mounting and tank maintenance will begin Oct. 5 at the Altavista training center. The four courses will be staggered in start times, resulting in hiring taking place in October through November.

Governor Terry McAuliffe announced today that Monogram Food Solutions, LLC, a Memphis-based manufacturer of value-added processed meats, will invest $7.244 million to establish a warehousing and logistics operation in Henry County. The company has operated a meat snacks production facility in the Henry County Patriot Centre Industrial Park since 2009. Virginia successfully competed against two other states for the project, which will create 101 new jobs.

Speaking about today's announcement at an event in Henry County, Governor McAuliffe said, "I am thrilled to be back in the region to announce Monogram Food Solutions' new operation, which brings the company's total job creation in Henry County to more than 300 in less than one year. Working with companies like Monogram to grow and create new jobs in regions that need them is a key part of my administration's efforts to build a new Virginia economy. I thank Monogram for continuing to invest in our great Commonwealth."

"Monogram's announcement is further proof that Virginia offers the assets companies seek to grow their businesses," said Secretary of Commerce and Trade Maurice Jones. "The combination of great talent, strong infrastructure, pro-business climate and great incentives distinguish the Commonwealth as a great place for business. We look forward to continuing our partnership with Monogram for years to come."

eBay will expand its operations in Henry County, adding 191 full-time jobs with an annual payroll of more than $4 million and investing $5.8 million in capital improvements, officials announced Thursday.

The expansion will make eBay the second-largest non-service employer in the region after Eastman Chemical Company, according to Mark Heath, president and CEO of the Martinsville-Henry County Economic Development Corp.

The company will move into a 400,000-square foot facility on Joseph Martin Highway in Ridgeway, where it already has other operations. It will make improvements to the building — the work already has begun — and also put in materials-handling equipment.