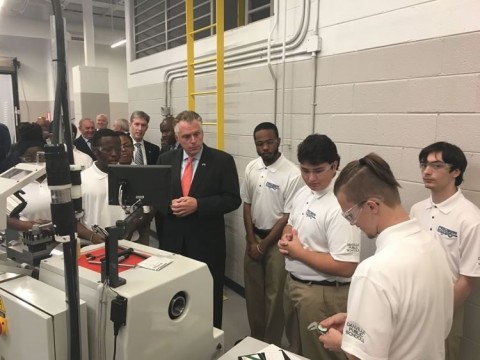 “This is the only facility like it in the commonwealth of Virginia,” McAuliffe said in a speech beforehand. “No other high school has anything like it.”

Along with Danville City Council and Danville School Board members, the machining program’s first class of nine students sat in the front row while McAuliffe introduced the program. Before the speeches, the students showed off the practice area and classrooms in the new facility, which included dozens of shiny aluminum machines the size of office desks, a computer lab with dozens of computers and a classroom.

Project Will Also Include $7 Million Investment

Governor McAuliffe announced today that Intertape Polymer Group (IPG) will expand their manufacturing operation in Pittsylvania County. The expansion will include the installation of three production lines at their facility in Pittsylvania County. The expansion will create 15 new jobs and bring $7 million in capital investment.

Tobacco Commission member, Secretary of Commerce and Trade Todd Haymore said, “It is gratifying that Intertape Polymer Group chose to expand its Pittsylvania County operation out of more than a dozen locations around the globe. The Commonwealth’s diverse advanced manufacturing sector employs more than 240,000 Virginians, and our workforce remains one of our greatest assets to help win competitive projects. We look forward to a continued partnership with IPG and to the company’s next chapter of success in Southern Virginia.” 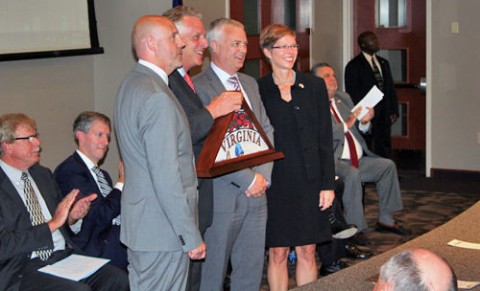 Governor Terry McAuliffe announced Thursday that Unison Ltd, a leading global tube bending machine specialist, will invest $5.2 million to establish its first U.S. manufacturing operation in the Cane Creek Centre Industrial Park, jointly owned by the City of Danville and Pittsylvania County. Virginia successfully competed against North Carolina and the United Kingdom for the project, which will create 35 new jobs. Governor McAuliffe successfully recruited this project for the Commonwealth during his June 2017 trade and marketing mission to Europe where he met with company officials at the Paris Air Show.

“We are thrilled to add Unison to Virginia’s international corporate roster, and know the company will be a strong addition to the growing manufacturing community in Danville-Pittsylvania County,” said Governor McAuliffe, speaking at the event. “I met with Unison officials on this important project in June, and am proud the Commonwealth was selected as the company’s entry point into the U.S. market. Strengthening the advanced manufacturing sector is a key component of diversifying and building the new Virginia economy, and we look forward to helping Unison succeed.” 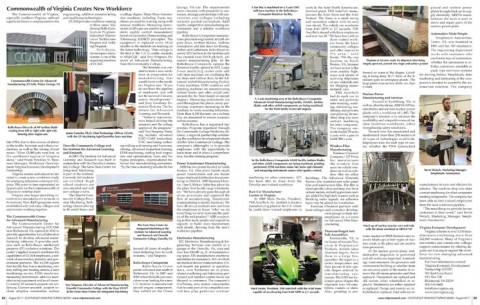 Microsoft is using part of the wireless spectrum to provide broadband coverage over vast distances at a fraction of the typical cost. Learn more: https://news.microsoft.com/rural-broadband/ 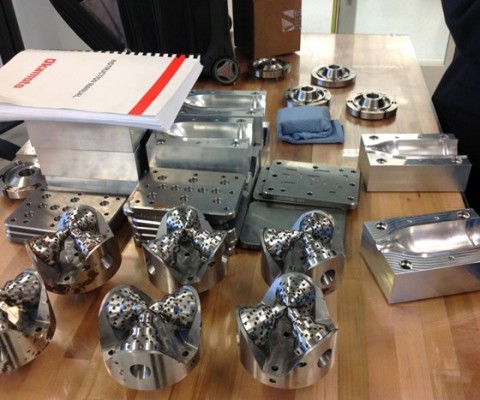 Photo: This worktable demonstrates some of the more interesting parts students are tasked with machining in the Gene Haas Center. Rather than take contracts from customers, the program focuses on giving students work that ensures that they leave with core competencies in milling, grinding, EDM, tool presetting and metrology.

A recurring topic of discussion during my recent trip touring Virginian manufacturing facilities was labor: finding it, hiring it, training it. For some manufacturers, the local reality is that there are not enough already-skilled people looking for work. Hiring under these circumstances entails offering access to technical education of some kind, or a lot of on-the-job training. On the other hand, some other manufacturers have been able to partner with local higher-education institutions in order to establish “pipelines” of people with the skills necessary to begin work with less additional training.

Improvement Versus Reinvention: Impressions from Virginia 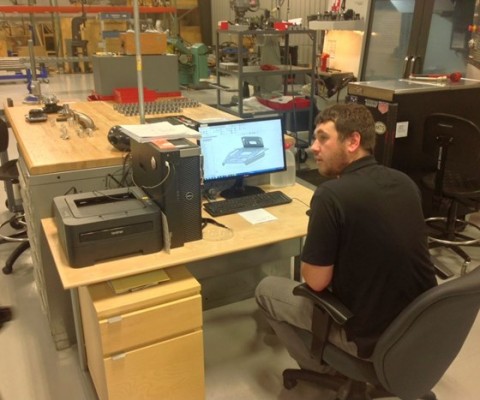 A three-day journey through Virginia shows advanced manufacturing’s concern with pursuing lean principles when facing challenges rooted in the past and arriving on the horizon.

Photo: An employee at TMI Autotech looks over a part drawing in the facility’s machine shop. The company is increasingly being asked to machine small batches of parts for clients such as those that supply TMI with car components.

Amid reassurances from our hosts that Virginia’s weather isn’t usually overcast, rainy and chilly in the middle of May, I and three other media guests traveled town to town for three days visiting, all in all, 10 manufacturers, industry education institutes and R&D campuses. Our ebullient hosts from the Virginia Economic Development Partnership (VEDP) drove our party across the leafy (and yes, wet) hills and valleys of central and southern Virginia to meet manufacturers which, despite their various industries and end markets, nevertheless shared some common concerns: finding and training skilled labor, and pursuing lean principles in the face of challenges both rooted in the past and looming on the horizon.