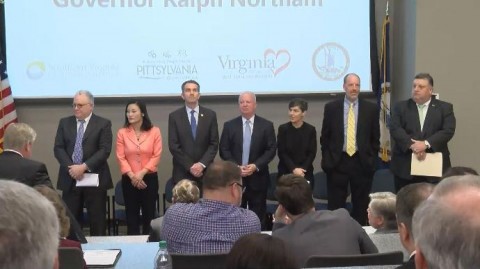 A $5.8 million investment, and 70 new jobs are coming to the Danville/Pittsylvania County area thanks to a company called Panaceutics. Panaceutics will operate its research and manufacturing facility in the Cane Creek Industrial Park.

"We make a product to personalize nutrition and medicine, where we take the active ingredients and then formulate it based on genetics, on your lab tests, on you age, sex, weight, factors like that," says Panaceutics co-founder Edison Hudson.

In short, these little pouches have vitamins and minerals, as well as any specific medications you may need, all in one. 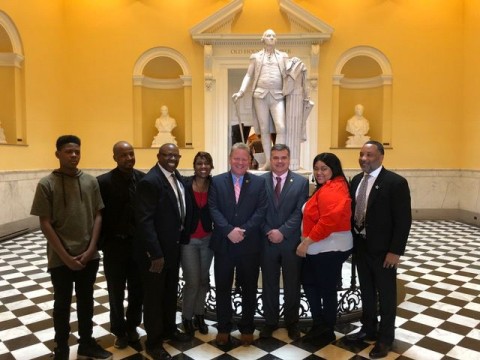 A cancer science center honoring the memory of Henrietta Lacks, an African-American woman who lived in Clover before her cells were used to create the first immortal human cell line, is on the way to become a reality in Halifax County, and on Wednesday Lacks’ legacy was honored from the floors of the Virginia House of Delegates and Senate. 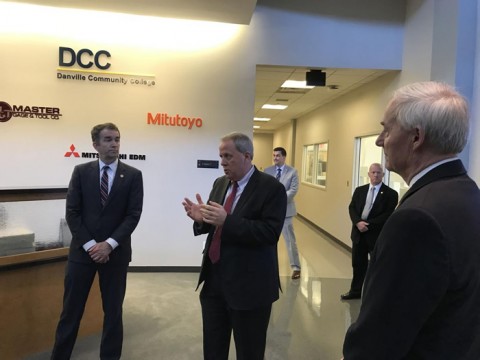 The Dan River Region’s precision machining programs not only brought Virginia’s top elected official to Danville on Tuesday, it attracted another state’s governor as well.

Democratic Gov. Ralph Northam and Arkansas Republican Gov. Asa Hutchinson toured the Institute for Advanced Learning and Research and other facilities to provide an example to Hutchinson and his delegation of community investment in workforce training.

“After seeing it, I’m glad that I came,” Hutchinson told the Danville Register & Bee following a tour of the Institute and its Gene Haas Center for Integrated Machining. “It’s an amazing investment in the community and its future.”

Good news for Pittsylvania County: dozens of new jobs are coming to town.

Amthor International, which is a tanker truck manufacturer, has been in Gretna since 1992. Now, they will be expanding, adding 90 new jobs over the next five years, and much more.

Dodie Hudson: Dr. Hermann, the executive director of River District Tower and he's also a practicing physician with Spectrum Medical, he knew exactly what he wanted coming into this space. 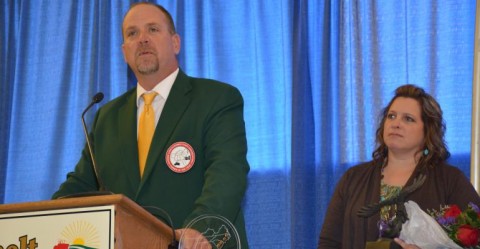 In eighth grade, Robert Mills, Jr., told his parents his dream was to become a farmer. His parents said that’d be a tough road to walk. The family had no land, capital or equipment and lived in a suburb.

On Oct. 17, the first-generation Virginia farmer held the 2017 Swisher Sweets/Sunbelt Expo Southeastern Farmer of the Year award in his hand and proclaimed the FFA creed to the more than 600 people attending the opening-day luncheon at the 40th anniversary Sunbelt Ag Expo in Moultrie, Ga.

That FFA creed “was the first words I heard when I entered my eight-grade agricultural class, coming from a suburb outside of Danville, Va., who had never had experience in agriculture. Those words inspired me to become an American farmer,” he said, “one of the proudest occupations you could ever have.”

With the FFA creed in his heart and a newfound fire in his belly, Mills took to fighting the long odds and slowly and steadily inched toward his dream. He started turning FFA projects into bigger ventures, and at 15 bought a used Ford tractor with a line of credit from the bank his mother worked at.

Last year, SGS Tool Company, a round solid carbide cutting tool manufacturer based in Munroe Falls, Ohio, was acquired by the Kyocera Corporation of Kyoto, Japan which employs around seventy thousand people across 231 group companies. The deal massively expanded the reach of the decades-old firm which is now called Kyocera SGS Precision Tools (KSPT).
~
“The Kyocera acquisition has given us many advantages. It seems like we went from being a pretty well-known privately held company with about three hundred employees to being a publically traded global power player overnight,” says Marketing Coordinator Tim Stephens.

Munroe Falls also houses a KSPT distribution center, a tool coating facility and Global Innovation Center for research and development and training and education. The company operates a sprawling network of additional facilities dedicated to the cutting tools which remove material from workpieces when making parts for manufacturing. These facilities were established long before the Kyocera purchase and include manufacturing operations in Cuyahoga Falls, Ohio.